Just Show Up – Don’t Tell Me to Get Over It

Alcoholism is a disease. This is a fact most everyone is comfortable with. If you have an alcoholic in the family, especially if it is a spouse, parent, or child, most likely you are desperate for that person to get help. As addiction has become a huge mainstay in this society we are all quickly learning that the ONLY way an alcoholic or drug addict can truly overcome this disease is to first desire to do it on their own, make that decision on their own, and do it for themselves, and second, to take on a program that keeps them on a healing journey. Typically the best type of program is something like AA which surrounds the person with others who are going through the same battle. They understand the lows, they know the difficulties and the triggers and they recognize it is something they have to deal with for the rest of their lives. 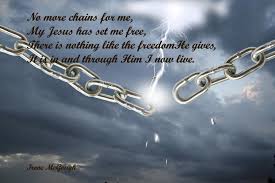 I explain this because too often I hear from those who have not been abused, ‘Why can’t you just get over it?’ Many people find it difficult to grasp that when a man or woman was sexually, physically and emotionally abused (as emotional abuse accompanies both sexual and physical abuse) as a child that they are still struggling with the repercussions 40, 50, 60+ years later.

Abuse isn’t a disease but it affects a person in a very real, physiological way that often hinders their emotional capabilities as they grow up. Boundaries most certainly have been crossed and where a normal, healthy child would learn to handle certain pitfalls in life because they have emotionally in-tact boundaries set, a survivor of child abuse, no matter what type of abuse, can be paralyzed in fear, shame, guilt and unworth. Most often not even recognizing what’s happening until a marriage fails, or their own child goes through a crisis, or some trigger later in life cracks open the jar of memories their brain carefully hid in an effort to self-protect and survive.

What is even more heartbreaking is most of those we love who are suffering with the disease of an addiction often were drawn to get caught in that addiction to ‘deal with’ and ‘self-medicate’ from an abuse they incurred.

“Take no part in the fruitless works of darkness; rather expose them, for it is shameful even to mention the things done by them in secret; but everything exposed by the light becomes visible , for everything that becomes visible is light.” Ephesians 5:11-13 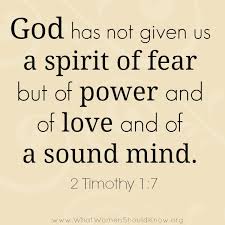 This is the premise and true mission of Hopeful Hearts Ministry. To help survivors expose what was done to them … to take it out of the ‘dark’ and into the ‘light’ so that it is no longer keeping them in that darkness of pain, shame and unnecessary guilt. No, it is not easy to just ‘get over it’…but we can get through it when we have others around us who have walked the walk, who have known the same darkness, known the same shame, known the fear that keeps us from moving forward. And when a survivor has someone to walk with them on their journey they have that glimpse of hope and assurance that they, too, not only need survive but can thrive.

So, no, don’t tell me to get over it. Take my hand and walk with me through it.