Just Show Up – It’s About Time

The meaning of my charm has always held a place close to my heart but last night it all came to fruition. For those who didn’t realize the HHM charm is created of 3 M’s and 3 V’s that each make a heart that join together to form the symbol of the trinity. 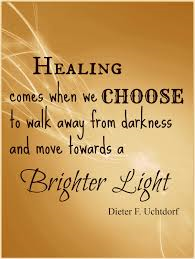 This all came to me one restless, jet-lagged night after I had the honor to speak at World Youth Day in Australia in 2008. The first part of this crazy vision was hearing ‘Awake o’sleeper, arise from the dead and Christ will give you light.’

It repeated over and over and over in my head until I got up to write it down. Not long after is when the rest of the message unfolded and I ended up with this sketch at 3:30am unsure of exactly what it meant. The next morning I grabbed my bible and (as God as my witness) opened it directly to the correct verse:

Let no one deceive you with empty words, for because of these things the wrath of God comes upon the sons of disobedience. 7 Therefore do not be partakers with them; 8 for you were formerly darkness, but now you are Light in the Lord; walk as children of Light 9 (for the fruit of the Light consists in all goodness and righteousness and truth), 10 trying to learn what is pleasing to the Lord. 11 Do not participate in the unfruitful deeds of darkness, but instead even expose them;12 for it is disgraceful even to speak of the things which are done by them in secret. 13 But all things become visible when they are exposed by the light, for everything that becomes visible is light. 14 For this reason it says,

“Awake, sleeper,
And arise from the dead,
And Christ will shine on you.”

As you can imagine I was dumbfounded by how clear and distinct it was in a directive to all of us in regards to any evil done against us and as a reminder to not partake or hide that evil. Since then, I found the Maria Goretti Network, a support group for abuse survivors, which had formed a few years earlier by Miguel Prats and Fr. Gavin Vaverek. I continue to remain involved in this support group, on their board and in support of them expanding to as many Catholic parishes in the United States as the Bishops will allow. As you might assume, now might finally be the time this group gets some traction because it is greatly needed in each parish. About two years later I founded Hopeful Hearts Ministry and realized that was what the symbol had meant to be used for all along. 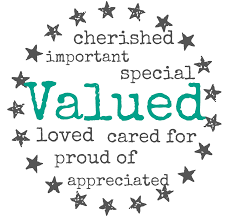 Not until last night did I fully understand God’s fruition of what he’d bring about with those three words. The true meaning of the symbol – Victory, Veneration and Value

Last night we held a mass of reparation for the church and healing for survivors. It was at this time I felt finally seen, heard, and acknowledged. In his homily, the priest called for an ‘audit’ of ALL the church, every priest of every parish, including every superior. That we needed to get the truth into the light so we could truly begin to heal from within, and that all of those found to be guilty of these horrid offenses need to be tried civil for justice for the victims.

I felt Victorious, no longer put off as that ‘Survivor who won’t stop putting in our face this ugly business’ and invited to stand with the rest of the Deacons, spiritual advisors and counselors after the mass to answer questions. I was approached by a few parishioners who had very good questions which I was able to answer to the best of my ability I felt Venerated ( respected). When I was approached by our own young priests to help them with answers and continue to help them with survivors who come to the church for healing I felt Valued.

It’s about time but it was worth the wait. 😉 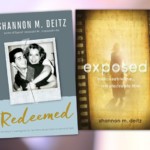 Read more about Shannon’s Story in EXPOSED and REDEEMED available on Amazon.