I woke up this morning immediately wanting to write and now I am at a loss for how to begin. It is 6:30am and I couldn’t sleep so I perused my social media sites (which I’m not very good at keeping track of in full disclosure) and I hit on Twitter. I never read through the tweets that come through my feed unless I’m specifically mentioned. I’m being honest. Who has the time?! But this morning, for only a reason I believe GOD can explain, I landed upon this one tweet of a video clip. 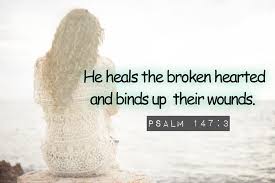 What caught my attention was the title HELPING YOUR WIFE TO HEAL FROM SEXUAL ABUSE via Jason Evert. Now, Jason and I, and his wife Christalina, had spoken on the same team for youth events in the past. I know she was vocal about having been through a date rape situation in high school so I was very curious as to what Jason had to say in regards to her healing, especially since it’s been at least 7 years since I’ve seen them and that was not a subject we were necessarily encouraged to confront, at least not with our chosen audience at the time.

However, when I opened the clip it was our other friend, Chris Stefanik, who popped up on the screen and much to my surprise, as I began to listen to his profound message, it shocked me to learn his wife had gone through childhood sexual abuse. Now, these are men that know the Lord, have spoken to many youth about knowing Christ, especially to young men about being men of God and what that means. So, because this specific topic strikes a very deep, wounded chord with me right now, especially in the upheaval of my marriage, I wanted to know what he felt a man should do for a wife who has suffered such an intense trauma.

Chris has been given a great gift…scratch that…Chris and his wife…his marriage…have been given a great gift from God. To know how to be heroic and self-less when the one you love (and presumably adore) is suffering such a deep, dark healing not many who haven’t experienced the same trauma can fully comprehend. Rather than blame them, accuse them, belittle them, or make them feel as if what they are going through should simply stay in the past and by not pushing it down then they are ‘dramatic’ or ‘seeking attention’ or ‘selfish’ … maybe, just maybe, this is a part of your own journey. A journey to becoming the man, or woman, you were created to be.

Maybe I’m not making sense to most, but I do know there those of you who get me right now. 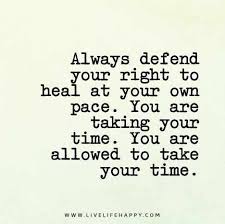 Marriage is hard, and sometimes it might even feel like it’s a huge sacrifice to stay in it, but it isn’t always meant to be difficult, not when both parties are willing to do what it takes to help heal the other. But it takes two and sometimes we miss the mark on that call and the wounds go deeper and deeper. Mistakes are made and can be irreversible, often hurting deeper than the original wound.

Ultimately we are human. And as humans we often miss the mark. That is why we’ve also been given empathy, compassion, and understanding. In time we can be led to forgiveness but forgiveness doesn’t always mean reconciliation. Forgiveness allows the Lord in to take control of the pain giving you the space to move forward without being tethered to the cause.

For any marriage suffering because of abuses that were done in the past by others, I am sorry for what you are going through. It is not an easy road. And as Chris says in his video, sometimes the spouse of the one who was abused has to be turned inside out to be heroic. That is not an easy thing to do or submit to and to be honest, no blame should be put on the spouse that simply can’t or hasn’t been able to do this. Because the darkest evil in this world is sexual sin to a child because the repercussions are deep and at times it might seem endless as new issues pop over the span of time.

You are in my prayers and please keep me in yours.