Just Show Up – Life After Death

Time has not been my friend. Only 28 days have passed since Dad’s last breath and yet I feel as if I’ve lived through months of emotional turmoil where the days are excruciatingly slow. From the date of Dad’s memorial service (January 4th), his sister, my Aunt Dee, was buried exactly one week later. To not have driven home this past weekend was both odd and a blessing. 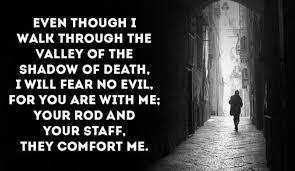 Aunt Dee was 12 years older than Dad. He was 72 at death, she 84. They both went relatively quick. He was diagnosed September 24th and about 4-6 weeks later she suffered a stroke. Aunt Dee is a strong-willed woman (to put it mildly) and was bouncing back from that stroke when she suffered a few more smaller strokes which kept her in need of rehabilitation. She didn’t like people telling her what to do, unfortunately, and often fought the care they were trying to give her to recoup. Dad got sicker and Aunt Dee’s will seemed to fade.

Dad died and Aunt Dee decided she’d rather be in heaven with her husband, and daughter. The day after Dad’s memorial service we visited with Aunt Dee who had gone on Hospice care in her home. By that Monday she had passed away.

So much death which has brought a tremendous amount of life back into the family. Because of these siblings passing our McGraw/Beaver family has been able to reconnect after so many years of disconnect. Aunt Dee had six children. My Uncle Garnet (who passed a few years ago) also had six children, then there is Uncle Frank, the lone survivor so to speak, Uncle Pat who has eight children and then Dad who had four. And all of these children have children who have children. We are a mighty clan and it has been a gift to reconnect with so many after too long a drought. Unfortunately, I’m hearing Uncle Pat is not fairing too well either so it might only be a matter of time before we are all gathered once again. 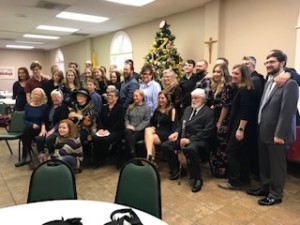 About 1/2 of the family pictured.

Within the nucleus of my siblings, this season of change has sprung forth a renewed respect for one another, our varying life-styles, our personal problems and issues, and the simple truth that we need one another. Dustie, my oldest sister, and I got to spend two weeks together as we helped my mom with Dad’s services. This is the older sister that shaped so much of my younger years, the one I looked up to/simultaneously recognizing her cries for help and desperate to help her in any way I could but always feeling as if I failed. But now, now we talk, we laugh, we cry and support one another. We commiserate in mutual frustrations and personal failings and joke about our differences. 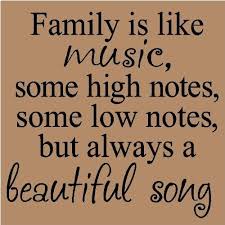 My youngest sister and I have always gotten along but now I was able to see a softer side to her, one that is vulnerable and desperate to do right by her family, to please and to sustain happiness. She’s the only one who could truly manage our brother who, unfortunately, has allowed substance to take control. In his desperation to be loved, accepted and a part of, he simultaneously pushes everyone away. We love him but none of us knows how to defeat his addiction.

And then there is Mom. Strongest woman I know. In many ways it is as if Dad is on a trip and will be back soon and then there are moments when she says she feels him lying next to her in bed. Dad had many irons in the fire and he did try to deal with them so Mom wouldn’t have to, but the cancer was merciless and quick. Now she is left to figure out his beautiful mind, trying not to make her insane. Which is where I will step in again.

2019 will be an interesting year for me as I am struggling with many issues on a personal level. It is a year of revelation, growth, humility and humbleness. As I journey the straight shot up 45North from Houston to Dallas over the next 12 months, I’m pretty certain I will have many ‘Just Show Up’ moments to share. Bare with me as I take this path not so much less traveled, but yet still delicate.

It is your prayers and support that carry me through and I am blessed.